Walkable City: How Downtown Can Save America, One Step at a Time

From broad strokes to streetscape specifics, the author covers the deficiencies of modern street planning that hinder the pedestrian experience as well a coordinated attack to solve them.

In the age of millennials, walkability is all the rage. If you’re talking to people born after 1975 then chances are giving planning preference to bikers and walkers will get you some head-bobs or thumbs up. The data continually points to younger populations being less interested in automotive access and more keen on what can be accomplished within the radius of walking or riding. There’s plenty of great reasons for that, but it also means that conversations can get propagated with reoccurring lessons that eventually ascend to border on truism.

When Jeff Speck’s Walkable City was recommended to me, I admittedly assumed that it fell into the low murmur of promoting this slow but persistent generational shift in the planning sphere. As an architect in New York I thought: sure, I like all that stuff. I imagined that the book would be filled with a bunch of the words that often make it into Intercon posts: walkability, alternative transit, street trees, urban realm, bike lanes. Probably just more of the same song and dance that roars from the long and growing (though well-intentioned) bandwagon of anti-auto parlance.

I was severely mistaken.

Speck does touch on many if not all of the expected areas of where pedestrians fit into the urban ecosystem and why their inclusion is imperative, but where most designers stop he only begins. From there he digs deeper with the perspective of a planner well-versed in rolling up his sleeves and thrusting his hands into the colliding traffic worlds of pedestrians and automobiles.

In a topic as large as street and transportation planning, there are certainly plenty of broad assertions and critiques that can cover a great deal of ground, but it can be tempting for authors to stay in the stratosphere of ideas. In Speck’s case, he moves easily between the scales of macro and micro to give solutions for large scale ideas paired with every day specifics. It is a nice balance of both worlds.

As a lover of data, the author did not disappoint me, always diligent in inserting sources that provide insightful research to strengthen his points–sometimes contrary to expectations. For instance, despite being a pro-pedestrian advocate, he would definitely not be accurately described as anti-car, promoting instead a proper balance between the transportation groups rather than our current deference to vehicular travel.

“Cars are the lifeblood of the American city. Even in our most successful walking and transit cities, they are everywhere, contributing activity and vitality to the streetscape. Past failures have taught us that banning them outright brings with it more risk than reward.”

His conversational character is complemented by the fact that he is a professional that does not speak in absolutes and platitudes. For every position that he argues, he will be quick to concede the inevitable exceptions even if they represent the vast minority–the mark of a veteran that knows the design profession is simultaneously a world where everything has been done and full of unique circumstances.

The bulk of the book is broken up amongst his “Ten Steps of Walkability” that focus on individual (but interconnected) facets of planning points that can steer our urban spaces in a better direction. The book is far from dry, but it is certainly focused. So while it may not be restricted to an audience of design professionals, readers would likely need to be enthusiasts for the mechanics of forces that comprise our population’s daily movement.

In the end, there very well may be a walkability bandwagon, but it is because it was started by the diligent efforts of people like Jeff Speck decades ago. 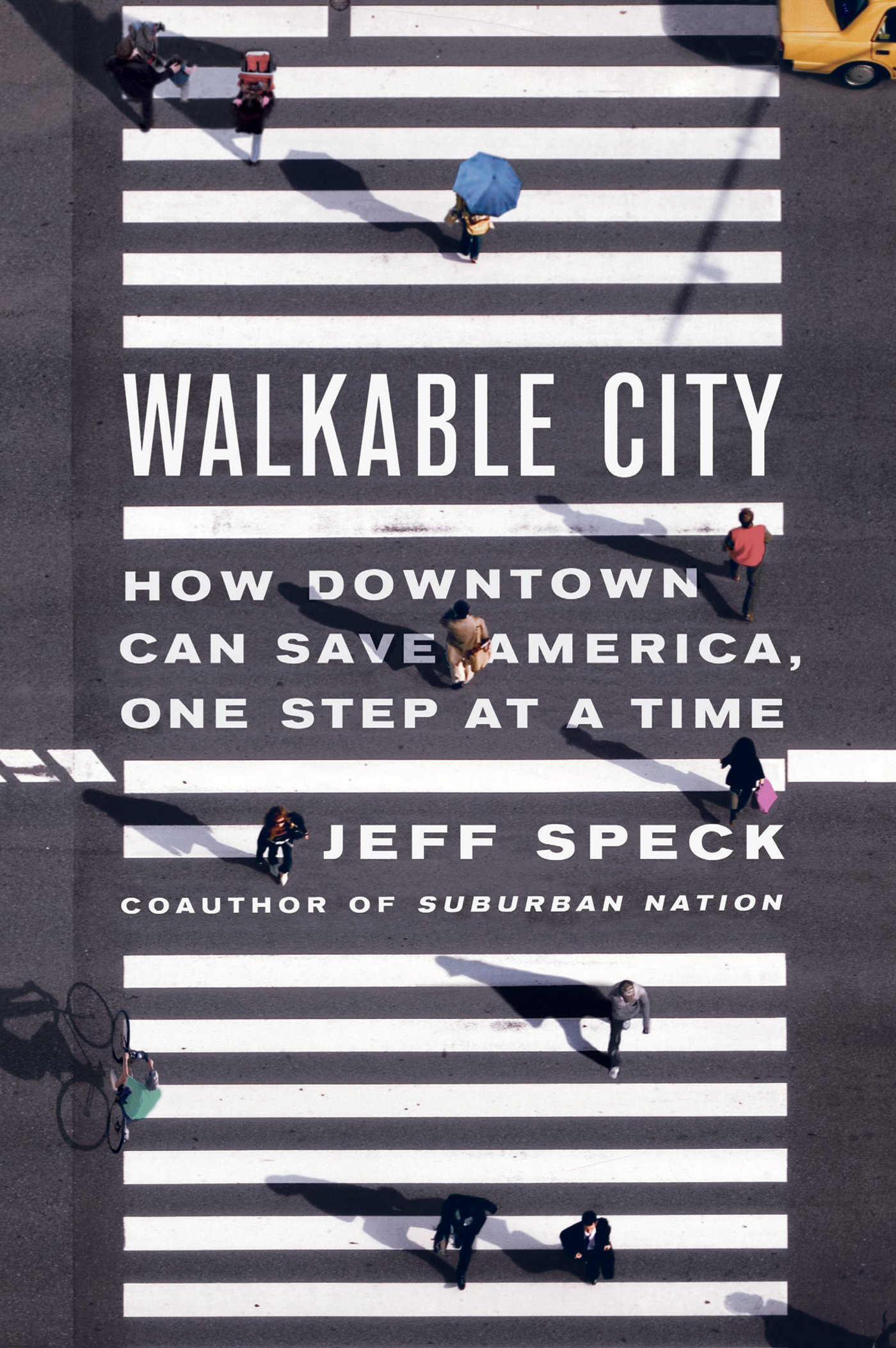